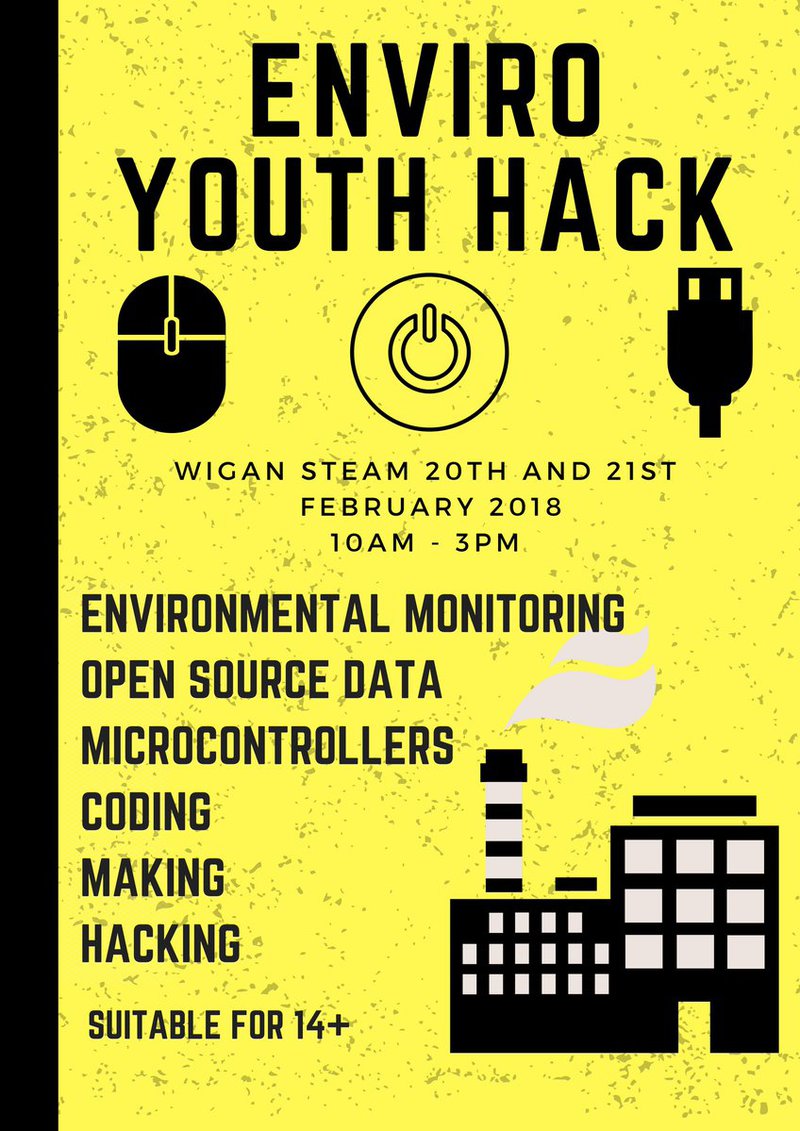 Great to be collaborating with the team at Wigan STEAM again, and this time with a 2 day Enviro Hack Challenge for STEAM Teens.

The Pioneers worked in teams to research, design and prototype digital making projects to make the world a better place.

Here we have the wonderful pioneers who have spent the last two days with @FDNdigicreate developing some really cool environmental sensing projects! 👍 pic.twitter.com/v4nHz60sOo

They collaborated with peers and Wigan Council volunteers to identify areas to help others living in the borough and with an environmental focus that included:

Activities stemmed around wearables to prototype with smart sensors and explore data collection in extreme temperatures, so the fridge and heaters soon became test areas as groups considered possible routes of tech for change. At this point you might sense adult nerves, but results were grand and the tech stood up to it's tests :)

Next steps included the wider local and national picture as we examined possibilities with bigger data collected in a dashboard such as Invent Things.

Using the State of the Borough data from Wigan Council we talked about using the students' same code and Envirosense boards to connect to the Invent Things portal and share more projects collectively. A great example of the 'Internet of Curious Things' supporting local communities to make positive change.

We're chuffed to have @cgarside from @FDNdigicreate working with our young people on an AMAZING data monitoring programme pic.twitter.com/wDUspQTPwO

Fundamental to challenge planning with Wigan STEAM were opportunities to introduce the groups to real world problem solving with further role models. Volunteers attending from Wigan Council came along with a wealth of knowledge and experiences to share around open data, technology and engineering.

We incorporated a People Like Me activity into the second day of Enviro Hack to explore future employment opportunities and interest areas within the STEAM disciplines.


Today's session with @cgarside from @FDNdigicreate kicked off with us all finding out what kind of people we are. We've got investigators, explorers, developers, communicators and more in our midst! 👋 pic.twitter.com/Mjd2G9tDVJ

Looking forward to hearing more about how these young people are supporting others in Wigan and another event in the pipeline.